The Soulville Census is a performance art score (set of written instructions for a live art project). The score reads simply "Create a census that gathers the data the 2010 US Census missed." It was composed by artist Aisha Cousins in response to the Census Bureau's decision to lump black folks of all backgrounds (Afro-American, Caribbean, and African) into a single checkbox. 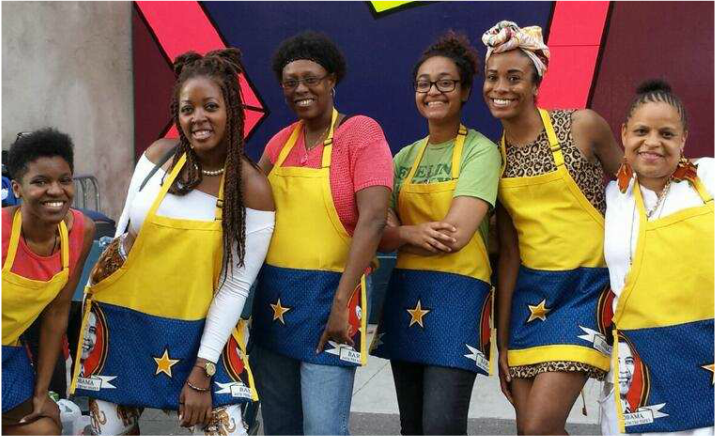 [Above: The 2015 team of "census workers" pauses for a break at the festival outside Dance Africa, at Brooklyn Academy of Music, in Brooklyn, NY]


The 2015 Soulville Census is the largest iteration of The Soulville Census yet. Our team of uniformed "census workers" attended black cultural festivals across Brooklyn with the goal of gathering 600 census responses to illustrate how much data the US census missed by asking questions that document just how diverse the USA's black population is. Along the way, we've been engaging black Americans from a range of cultural backgrounds in exploring how the terms we use to describe blackness can enhance or undermine our understanding of the state of black America.


Below, Korede Amole shares how being a "census worker" for the project affected the terms she uses to describe her family.

The Soulville Census questions evolved in response to the location, current events, and public feedback. Click the festival logos below to view the census questions that were used at each festival: